What is
financial wellbeing?

When you boil it down, people have two uses for money:

Security: To pay for things that let them and their family survive.

Freedom of choice: To pay for things that let them and their family live the life they want

You can't have freedom without security. Financial wellbeing is the endpoint of the four-step journey that takes employees through securing their today and tomorrow and then unlocking the freedom to choose the life they want to live.

How can you support your financial wellbeing?

Everyone has a different financial wellbeing journey ahead of them. As a business you want to make sure you support people at every stage:

Stage 1: Control over our finances
It's important to understand where our money goes each month and, more importantly, the reasons behind why we spend the way we do. Forming healthy money habits – such as conscious spending – allows us to take control of our finances.
‍
Stage 2: Capacity to absorb shock
Setting up emergency funds means that we are financially prepared for the unexpected. This offers both financial security and peace of mind, with the knowledge that we are financially secure should something happen to us or our families.

Stage 4: On track to meet our goals
Not everything in life goes according to plan. When circumstances change, we need to be ready to need to reassess, adapt, and get back on track. Making informed trade-offs about what to do with our money is a key part of being able to make the best of the unpredictable. 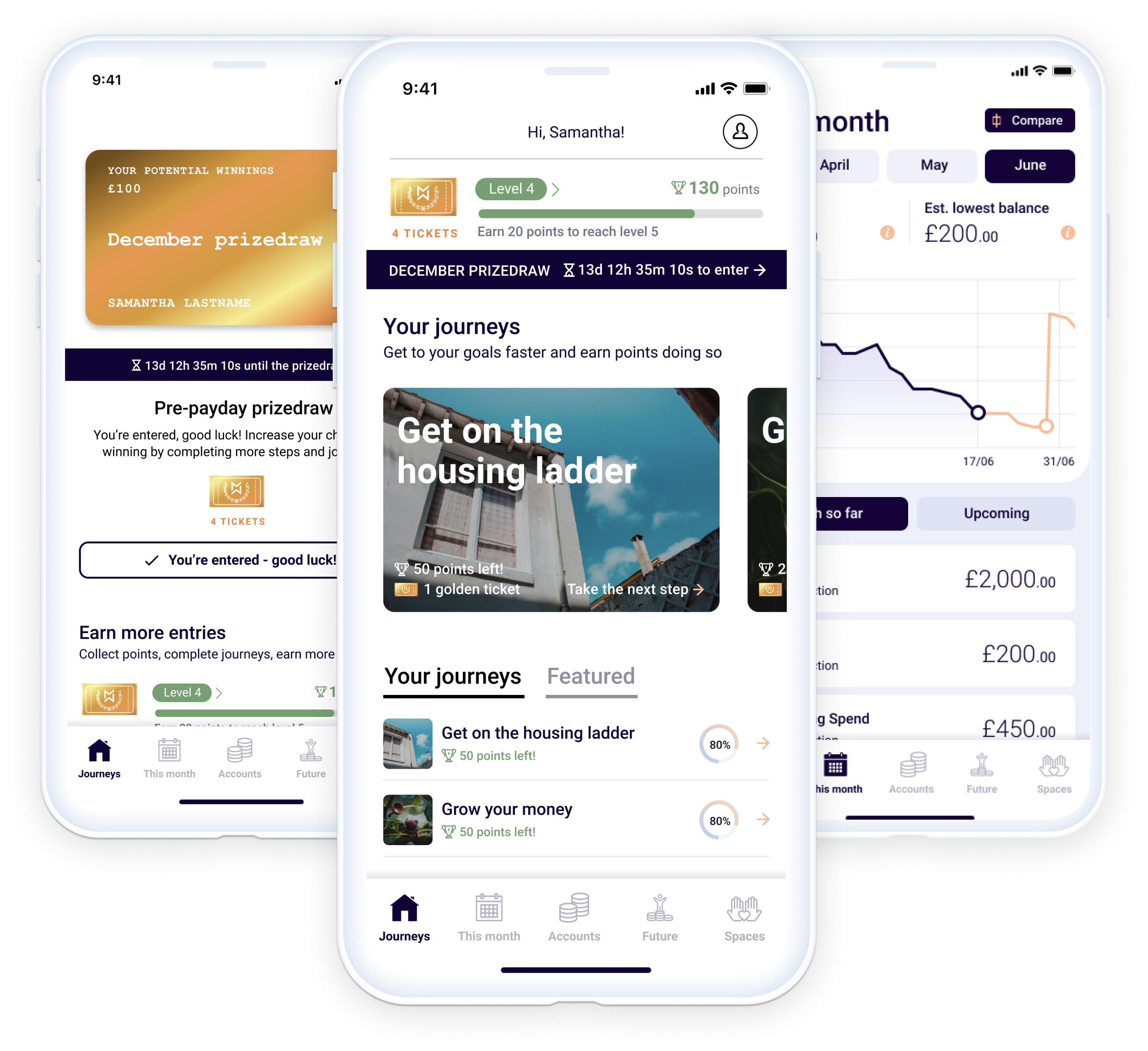 Why should you support financial wellbeing in the workplace?

of employees agreed that they are just getting by financially, while more than a third do not think they are in a position to handle a major unexpected expense.

of workers have taken time off in the past year because of their financial situation, with on average 8 days taken. This represents a sizeable loss for employers as well as having knock on effects for their team mates.

worker days are estimated to be lost each year as a result of workplace absences brought about by a lack of financial wellbeing, equivalent to £626 million in lost output.

of workers say they have experienced a fall in workplace productivity as a result of their personal financial situation. This took the form of deterioration in the quality of work produced, a fall in ability to come up with new ideas, and increased difficulty completing routine tasks.

is estimated to be the cost to business for absenteeism and presenteeism caused by a lack of financial wellbeing.

COVID-19 has morphed from a health crisis to a wealth crisis, and financial wellbeing is rising on the agenda.

Mintago Limited is a company registered in England and Wales (No. 12000248) at 20 Guildford Road, Tunbridge Wells, England, TN1 1SW.

Mintago Limited provides you with regulated account information services as an agent of Plaid Financial Ltd., an authorised payment institution regulated by the Financial Conduct Authority under the Payment Services Regulations 2017 (Firm Registration Number: 804718) for the provision of payment services, including account information services.
Find out how we could help your business
Thank you! Your submission has been received!
Oops! Something went wrong while submitting the form.
Looking for the employee sign up?
Sign up here

Mintago Limited is a company registered in England and Wales (No. 12000248) at 20 Guildford Road, Tunbridge Wells, England, TN1 1SW